Don’t run away from cancer – run to fight it 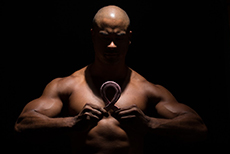 
To coincide with World Cancer Day on February 4, South African men are being urged to man up and get themselves educated about testicular and prostate cancer. The two cancers are curable if they are detected early enough, but embarrassment or a head-in-the-sand attitude seem to be allowing these common cancers to cause unnecessary deaths.

Black men have the highest chance of contracting prostate cancer, with a frighteningly high-risk rate of up to one in four (25 percent), while white men have a lower, but still scary risk rate, of 10 percent. Yet the disease can be detected easily by a simple Prostate-Specific Antigen (PSA) blood test. “Any man over 40 should get checked regularly”, says Gerda Strauss, the head of service delivery at the Cancer Association of South Africa (CANSA).

Testicular cancer, on the other hand, affects white men more often than black men and can even hit boys as young as 15. The most common signs and symptoms of this cancer include lumps, swelling and pain in the testicles and scrotum. In South Africa, it’s one of the most common cancers for men between the ages of 15 and 49.  The good news is that testicular cancer is easily detected by checking the testicles for abnormal lumps – but too few men ever think to make that a regular part of their bathroom routine, Strauss says.

World Cancer Day this year comes just a few weeks before the annual Daredevil Run, where thousands of men wearing nothing but takkies and purple Speedos will jog through Johannesburg to focus attention on these male-specific cancers.  Hollard Insurance hosts the run as part of its drive to insure better futures for more people and believes that the run helps people live healthier, happier lives.

Initially, only a few men dared to pound the streets in their Speedos, but the event has grown and the thousands of men that now join this fun event every year, help spread the serious message that silence isn’t golden where cancer is concerned. This year will be the tenth run, and it will take place on Friday, March 13 starting from Zoo Lake in Jozi.

Strauss encourages every Joburg male, irrespective of age, to sign up and join the run, and to become aware of their own role in combatting these diseases. Instead of running away from cancer, they can man up and run in a campaign to fight it, she says.

Any participant over 40 will have the option of having a free PSA blood test for prostate cancer when they collect their entry pack, or on the day itself. Last year over 300 of the almost 4 000 runners took the test, and 12 were referred for a follow-up. That could mean that 12 lives were saved, and their families spared from the agony of needlessly losing a husband, a father, a brother or a son, Strauss says.

The Daredevil Run not only raises awareness of the diseases but also raises money to fund ongoing male cancer testing. Eighty percent of the proceeds from entrance fees will go to CANSA for testing, counselling, and educating men in mostly underprivileged communities, while the remaining 20% goes to the Prostate Cancer Foundation to support awareness programmes.

Runners over 18 are asked to donate a minimum of R100 to enter, plus R50 for an obligatory Speedo (although previous runners can just wear their old ones), and R10 for ticket administration.

We’re looking for inspirational stories to share with the world – be it your personal accounts of fighting cancer and coming out on top, or memorable moments you’ve experienced taking part in our daring Speedo run.

So far we’ve had a couple of great submissions from Daredevils around the country, so please take the time to share yours with us! Simply send your submission to: